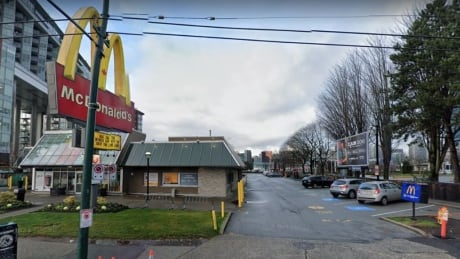 Vancouver police say the victim was pinned by his own vehicle while attempting to pick up an item dropped at the drive-thru at an East Vancouver McDonald's Wednesday morning.

lamontcg
reply
Millennials hate this one strange trick to avoid turning into Anton Yelchin: make it a habit to always engage your parking brake when you leave your vehicle, every single time (no arguments, no exceptions).

rndcodeglitch
Or try Brave, which has all that functionality built in

lamontcg
reply
This is from the leading edge of delta and there's many methodological issues with the study and it needs to get redone with the counfounding factors controlled for.

lamontcg
reply
"Louis, i think this is the beginning of a beautiful friendship."

lamontcg
reply
so get a vaccine if you want to live.

2 Comments
Say goodbye to Fleets, the row of fullscreen tweets at the top of the Twitter timeline that expire after 24 hours. The ephemeral tweet format is shutting down due to low usage after launching widely just eight months ago. From a report: Starting on August 3rd, users will instead just see active Spaces -- Twitter's live audio chat rooms -- at the top of their timelines. And the composer for traditional tweets will be updated with more camera editing features from Fleets, like text-formatting and GIF stickers over photos. Twitter's decision to axe Fleets is not just an admission that the feature didn't work but that the company still hasn't figured out how to get people tweeting more. For years, Twitter has struggled to get new users to post regularly and not just consume other people's tweets. Fleets was its shot at using Stories, the popular social media format invented by Snapchat and further popularized by Instagram, to lower the pressure around tweeting. "We hoped Fleets would help more people feel comfortable joining the conversation on Twitter," Ilya Brown, Twitter's vice president of product, said in a statement. "But, in the time since we introduced Fleets to everyone, we haven't seen an increase in the number of new people joining the conversation with Fleets like we hoped."

lamontcg
reply
re: "For years, Twitter has struggled to get new users to post regularly and not just consume other people's tweets."

Well, if you drown everyone's timeline in topics and promoted stories and ads, then new user's posts get zero engagement and people get bored shouting into the vacuum.